The Evolution of Cobra's Special Projects Division. By Ken Boyko

It started with Honda. In the early- and mid-Eighties, before we started in the cruiser market there were few if any accessories available for "Jap bikes" as they were rudely referred to back then. Nonetheless, the Cobra USA metric cruiser revolution was born more by accident than planning in 1988. It was then we started designing and making metric cruiser exhaust systems, the first of which was designed for the Yamaha Virago 750. Soon we had developed what was at that time, a comprehensive catalog of pipes for the young and growing cruiser market.

In the fall of 1993 I was trying to convince Cycle World Magazine to do story about our exhaust, but they told me that they really didn't do exhaust tests. So I asked them if they would be open to doing a story on a fully customized metric cruiser, that just so happened to have our exhaust on it. They said "Sure if it was cool and different."

A Meeting with Honda

Armed with that incentive, I managed to set up a meeting at Honda with Ray Blank and Gary Christopher, the top Honda honchos. I told them that Cobra wanted to build a couple of cruisers for a story in Cycle World as well as getting some bike show exposure. Blank asked, "Sounds like an interesting project, what do you want from Honda?" I told him all I needed was a couple of bikes, a VT1100 Shadow and a V45 Magna (Honda's brand new four-cylinder cruiser). Blank repeated his question, "So what is it again do you want from Honda?" I said, "Just the bikes, nothing else, no money etc., we'll handle everything else." Blank and Christopher sort of winked at each other and said OK, when do you want them? We soon forged a strong relationship with Honda that continues to this day.

We got the two bikes from Honda and had them built by Damon's, a hardcore VTwin builder in Brea, California. When I first meet with Richard and Tom to talk about what we wanted done, they both thought we were completely crazy, but said to each other, "Well it's their money, and if that's what they want then we would build them." At that time, there were no catalogs brimming with customizing merchandise for metrics which means that everything had to be fabricated by hand. As the Magna and Shadow project moved along, the folks at Damon's admitted that they liked the bikes more and more. Both machines were finished in January of 1994, just in time to take to Cincinnati, Ohio home of the motorcycle industry's big show, the Dealer Expo, the place where nearly every company in the motorcycle business comes to showcase their new stuff to dealers and the press.

Now you have to remember Cycle World, namely Editor and Chief David Edwards, said that it would do a story, but if the bikes were really "cool and different." Well, when David saw the bikes at the show, he was impressed enough to have the story written by his then Feature Editor and Rhodes Scholar Brenda Buttner, now the host of Bulls and Bears on Fox News. This story which ran in late spring, along with displaying the bikes in Cincinnati, helped propel Cobra headlong into the Metric Cruiser business.

On to the Dealer Show

In addition to the publicity the two custom bikes got, we also displayed the bikes at the Dealer Expo to show off our exhaust systems. But a funny thing happened. Early in the show, several dealers walked right by our two radical custom Hondas, thinking they were VTwin, not metric bikes. No one had ever seen metric customs such as these. I remember glancing at the badges on attendees to see if they were Honda dealers, if so I would grab them in the aisle and drag them into the booth to show them our new line of pipes. Once in the booth they started asking about the fenders, bars, and a host of other components we had fabricated for the two show bikes. Most dealers we spoke with got excited said they would defiantly buy many of the custom items if they were available.

As soon as I got back for the show, I sat down Cobra president, Tim McCool and said we needed to start making this stuff because this market was going to take off. At first he looked at me and said that I was crazy. It's history now, as we were soon into the Metric Cruiser business in a big, big way. And for the next ten years, it seems, we were playing catch-up due to the soaring demand for quality bolt-on accessories for cruisers. Today Cobra remains the market leader.

Not long after that show, I met with Denny Berg, and he and I had the same vision for a lot of the work I wanted to do, and he became part of the CSPD team. Denny has built most of the bikes you can see on these pages. We also worked with a talented designer named Mike Rinaldi who would come up with some of the more innovative designs from our concept meetings, and Denny would then have to build them. Bikes such as the Tracker and Strata-cruiser were just a couple of the break through bikes that came out of this three-way collaboration. 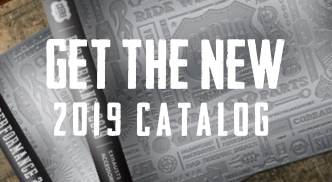 The state of California considers aftermarket exhaust systems to be legal replacement parts for non-catalyst equipped motorcycles and/or if slip-on mufflers are installed downstream of the OEM catalysts.

California does not allow the use of aftermarket systems that remove original equipment catalysts, (except for racing use only) unless the Air Resources Board has issued an Executive Order for that system.

For California riders we offer Air Resources Board approved Fi2000 R ARB units. (ARB E.O. No. D-633-1). All other Fi2000 models are not legal for street use in California.